Holy Saturday is a pause. It is the narrator of a tragic tale silently waiting on stage refusing to leave. And the Christian watchers have already had the ending spoiled for them. At the Episcopalian service that I attended last night, the liturgical service ends in silence. We were to leave the sanctuary dark like a tomb, but stilled and at peace. The effect was diminished somewhat by parishioners chatting gaily upon entering the vestibule. It was the first time in a long time I felt I belonged, if only for now.

Allow me to recap the end of my conversion story. It has been a long time since I’ve been to church. I mean sure, there have been the stop-offs at an Easter Vigil here and there. (Say what you will about the Catholics, and I have, they know their ritual). And there are the funerals and the weddings, including my own religiousish ceremony. But I’ve resisted going back to church for a long time. The last church I got close to “belonging” to disintegrated and in a way I felt relieved. I took a long hard look at myself and I didn’t like what had happened to me there. So I wandered out. My Christianity became, is, always was that of a wanderer through the scrub. I followed the work, or the flock or the mirages. I may enjoy the temporary hospitality of churches and fellow believers, and I must share what I can in return. I named it, I now call it, had always sensed it was, Christian Nomadism.

Last night, I went to church for the first time in a long time with the hope, the intent of resting for a while. Christian Nomadism isn’t meant to be a denomination. It is both a temporal state of being actively unchurched and a disposition in relation to Christ, whether in church or out of it. And it is meant to keep me searching not just staying away. I’ve long reached the point where the trauma from the last church has faded and I’ve been selfishly keeping myself away from the Body of Christ, my brother and sisters in the ecclesia for too long.

Folks, I don’t know if you’ve noticed, but the Body is in some trouble and the ecclesia is not getting along well with itself. For a bunch of people convinced that on a tomorrow long ago a dead man broke death with love and in a very literal sense lives on, not in but as us (but also outside in the nonplace where there is no outside or inside) you would think that… well I’m not sure. But you’d expect it to be better right?

Well. No. Maybe not. Maybe we’re just that much more aware of sin. To riff on Pascal-Emmanuel Gobry’s riff on Francis Spufford’s reimagining of original sin, Christians are supposed to be specially aware of that Human Propensity to Fuck Things up Because We Like It. Because it seemed like a good idea at the time. Because we think we deserve it, whether riches or punishment. We are the reason that we can’t have nice things. You can be “good without God”, says the atheist placard. Well, we think we have God, and we’re still not very good at being good for any length of time. Maybe they should have a sign “It has been 57 days since our last fuck up.” Our signs read 0.

Imagine that group, that team of losers, that International League of the Guilty, that endless meeting of Fuck-ups Unanonymous, if the story ended on Saturday. There was a preacher, he preached, he was crucified as an example to all others who might challenge the Powers, he died, and now we’re really quite sad, but live on following the teaching of our great moral teacher.

Jesus wasn’t a great moral teacher. He was a lunatic. Jessica Kantrowitz at Ten Thousand Places has a useful reminder:

What if their neighbors saw! What if seeing them carrying the Roman’s equipment caused other Jews to think the Roman oppression was okay? What if there was other work that needed to be done — good work, charity work even, but they spent all that time carrying equipment for the evil oppressor? But Jesus is not worried about any of that:

“If anyone slaps you on the right cheek, turn to them the other cheek also,” he said. “And if anyone wants to sue you and take your shirt, hand over your coat as well. If anyone forces you to go one mile, go with them two miles. Give to the one who asks you, and do not turn away from the one who wants to borrow from you. You have heard that it was said, ‘Love your neighbor and hate your enemy.’ But I tell you, love your enemies and pray for those who persecute you, that you may be children of your Father in heaven. He causes his sun to rise on the evil and the good, and sends rain on the righteous and the unrighteous. If you love those who love you, what reward will you get? Are not even the tax collectors doing that? And if you greet only your own people, what are you doing more than others? Do not even pagans do that? Be perfect, therefore, as your heavenly Father is perfect.”
[…]
If someone forces you to bake a cake for a gay wedding, bake for them two.

Christians, our Jesus said to not only follow the law, but to rise to a higher standard of love. Christians should be the FIRST people baking cakes — for everyone who asks us. We should be known for our cake baking. People should be saying, “There go those crazy Christians again, baking cakes for everyone. They just won’t quit!” Then, when we share the reason for our wild, all-inclusive love, people will want to hear it. “Let your light shine before others,” said Jesus, “that they may see your good deeds and glorify your Father in heaven.

But, but, don’t we hate the sin and love the sinner? No. You can’t hate “the sin” in Christianity and be right with God. You can, at the very most, have a stringent disagreement with sin. You can lament sin. You can identify something as sinful. You can get into vociferous debate about the degree to which sin is corrupting our government and laws. But fingering “the sin” or “a sin” doesn’t work, and hating it definitely doesn’t work, even if you promise to love “the sinner”. Hating the sin and loving the sinners is the sort of thing great moral teachers tell you to do, probably after mellowing out with some great weed, man. It’s the careful virtue of righteous comity. Francis Spufford reminded us about this in Unapologetic. “God doesn’t want your careful virtue, He wants your reckless generosity.”

I’ve been out of church because I wanted to preserve my virtue from the evils of groupthink, of reactionary bigotry, and of the mind-numbing jargon of Christian religion. Well that’s not right. That’s sin too. That’s fucking up by being afraid of fucking up.

Holy Saturday is a pause. A moment I take now for reflection and commitment. Easter is coming. 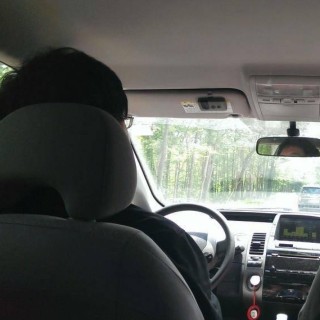